In November 2021, the National Facility for Seismic Imaging (NFSI), headquartered at Dalhousie University in Halifax, Canada, deployed an array of 12 ocean bottom seismometers (OBS) over the Laurentian Fan near the Grand Banks in the North Atlantic. The sensors were deployed with the goal of recording important seismic data until the summer of 2022. Fortunately, the OBSs were equipped with our Apollo Mono Iridium GPS beacons and XMB-11K VHF beacons.

A few weeks after returning to port, alarm messages were received from the Apollo Monos that indicated the accidental release of two OBS units that were now floating at the surface and drifting away. Due to the distance offshore and adverse weather conditions typically seen in the North Atlantic in late fall and winter, NFSI determined it wasn't feasible to send a ship to recover the instruments at the time. A third OBS system accidentally surfaced approximately 3 weeks later, just before Christmas. 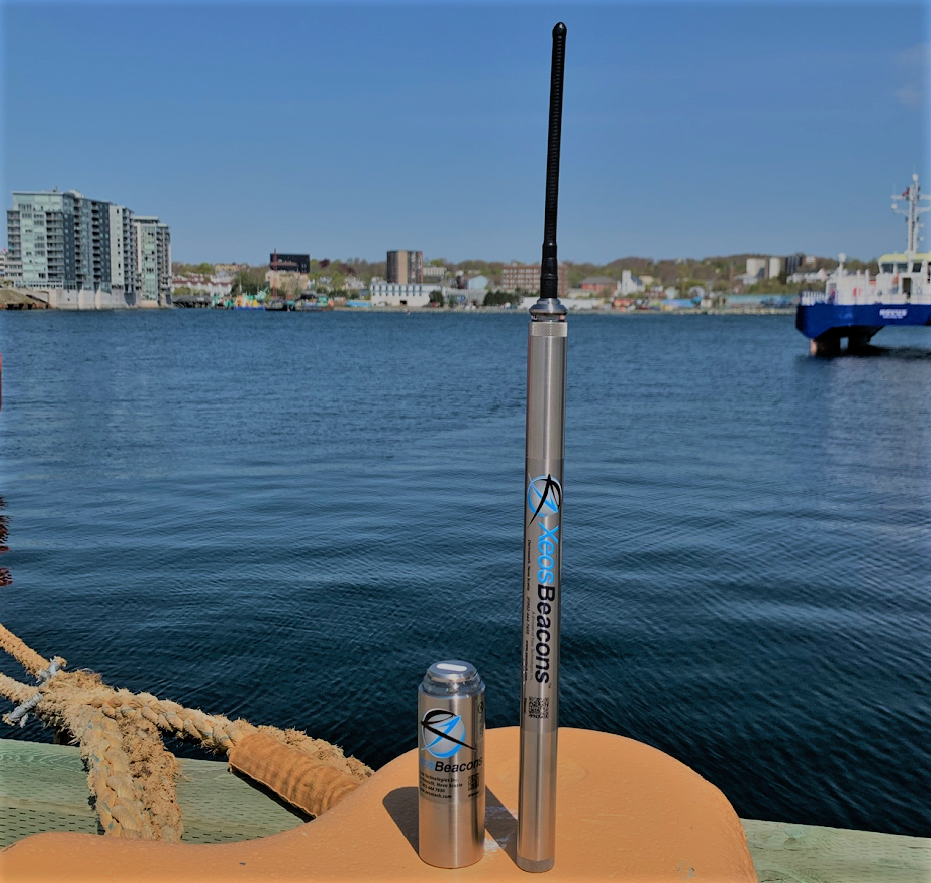 The Apollo Mono tracking beacons attached to the OBS platforms continued to send GPS location messages through the Iridium satellite communications network to members of the NFSI and Xeos teams through XeosOnline, our cloud-based mapping software. XeosOnline enables authorized members to track the devices on a map, view incoming messages from their beacons, and send commands to their devices to change message timing and configuration parameters.

When it became obvious that a quick recovery was not going to be possible, commands were sent to the Apollo Monos to reduce the GPS reporting interval as battery life would need to be maximized. By reducing the location message frequency to once per day, NFSI personnel were able to track the systems for months as they drifted with surface currents across the Atlantic Ocean.

Finally, after five months of tracking, one of the units started drifting towards the Azores Islands and presented a potential opportunity for recovery. NSFI then contacted a colleague in the Azores who recruited a local fisherman to safely and successfully retrieve the nearby OBS system. As an added bonus, the fisherman was also pretty handy with a camera.

The recovery of this OBS system was crucial, as NFSI and the OBS manufacturer could then determine the cause of the accidental release of the mooring. Triage of the recovered unit confirmed the root cause of the failure and a subsequent mechanical fix enabled NSFI to restart the deployment of the remaining 100+ systems.

As of November 2022, the two remaining OBS systems were still drifting towards Europe, but had not yet been recovered. The Apollo Monos continue to provide daily location updates, however, with recovery still the end goal.