Xeos Technologies has experience and expertise in designing products that use Iridium satellite communications to relay data from remote locations to home.

Iridium is a satellite system that has global coverage and is used widely within the science and military community to relay data and communicate between devices and personnel alike. There are two message services offered by Iridium, SBD (Short Burst Data) and RUDICS (Router-Based Unrestricted Digital Internetworking Connectivity Solutions). SBD is used for small data packets, such as GPS coordinates and status of health (SoH) messages. RUDICS is used for larger data sets and works by opening a “tunnel” between devices. Xeos offers 2 relay options: the Apollo Relay and the XMR. The following discusses these options in detail. 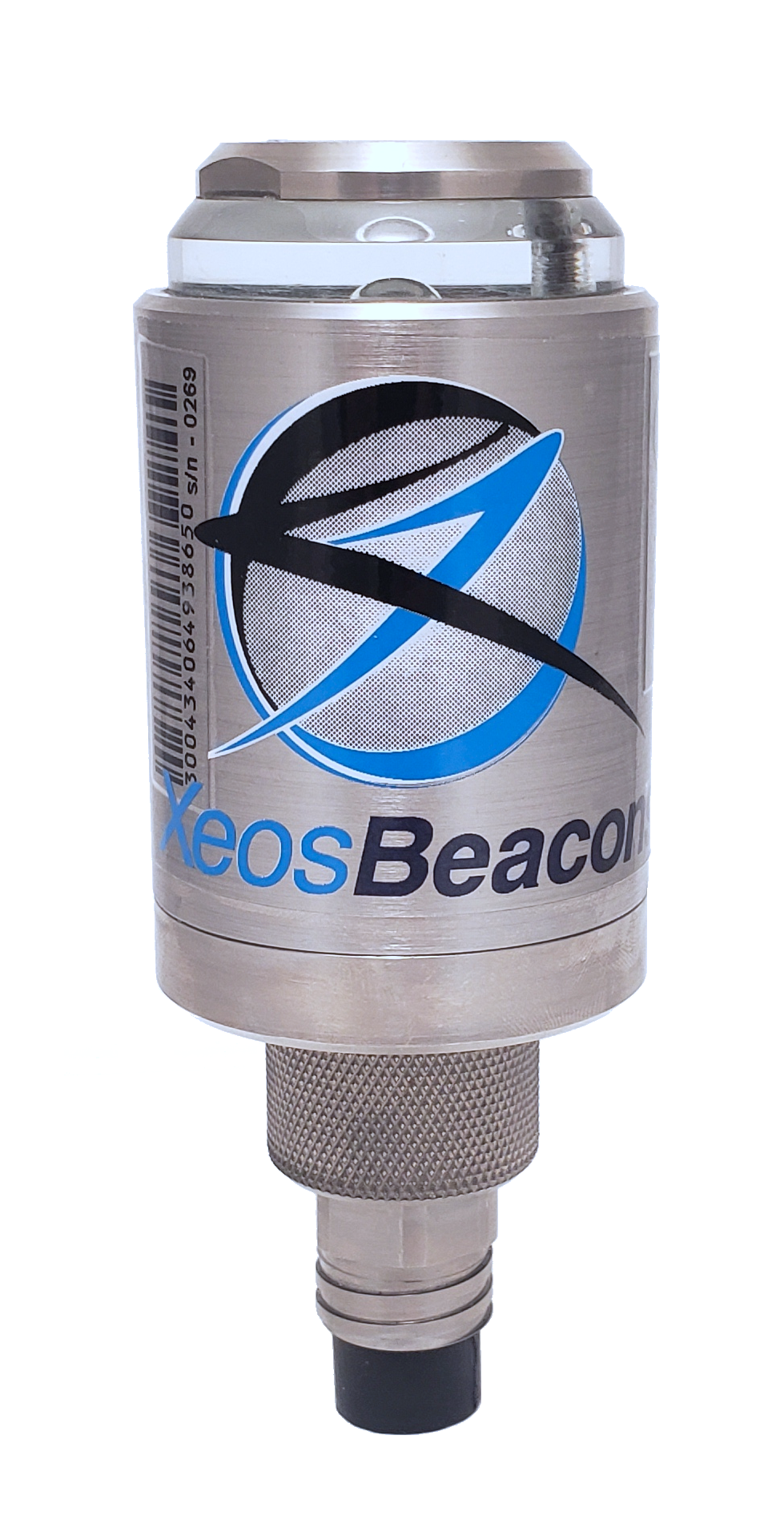 The Apollo Relay, a sister-product to the Apollo, is a submersible (to 11,000m) titanium beacon with integrated RS-232 communication. The size of the head unit is 5 cm diam x 13 cm L and it connects to the platform by SubConn MC connector. It retains its function as an asset recovery beacon, but also serves as a serial relay to a submersible vehicle or platform. While at the surface, the Apollo Relay acquires its position via GPS and passes the coordinates into the vehicle over RS-232. This gives the vehicle valuable information when it surfaces that can impact mission decisions. It also reports this GPS information over the Iridium network to the end-user in real time – as a normal beacon does. Once this information is received, the operator can then send commands to the Apollo Relay that can be anything from changing the flash rate on the beacon itself, or new mission activities for the vehicle or platform it is connected to. It gives the user the ability to send new information by SBD command. 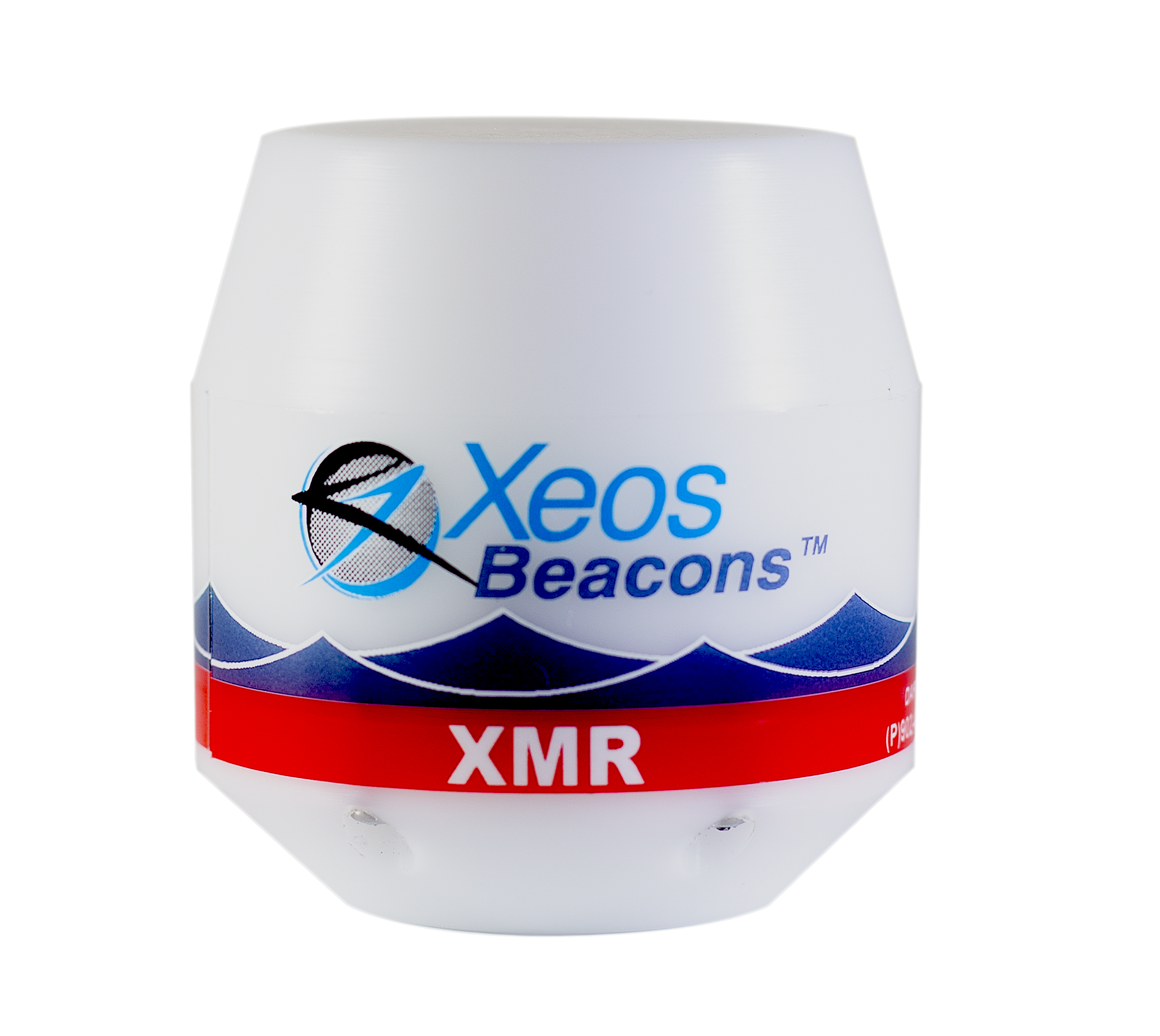 Similar to the Apollo Relay, the XMR-II (Xeos Marine Relay) relays data via Iridium SBD and over RS-232. The XMR is rated for surface use only and is used on buoys or decks of ships to send and receive messages. It is 6.35 cm diam x 6.6 cm L with a housing made of delrin plastic. It is connected to an end device by 6-pin connector.

The XMR serves as a communications link between an end user and a buoy or platform with external sensors. Unlike the Apollo Relay, it does not contain a GPS module. Therefore it does not report position either to the buoy over serial, or back to the end user via SBD and does not act as a recovery beacon. The XMR is designed to accept pre-programmed SBD commands to control the buoy and turn external sensors ON/OFF.

Before deployment, the user pre-programs commands into the XMR and configures the buoy controller with actions designated for each unique command. In operation, the command is sent out over SBD and the XMR passes this command via RS-232 to the processor in the buoy and the corresponding action takes place. It also acts as a health monitor by accepting information (voltage, temperature, etc) from the buoy over RS-232, and sends this data back to the operator via SBD. The XMR can act as a lifeline to an array of sensors on a buoy and give you remote access from anywhere in the world.